January has been an exciting month around The Graduate School! Not only has Versatile Humanists at Duke officially launched, but the recipients of the 2017 Dean’s Award for Excellence in Mentoring were announced. Congratulations to all of the awardees!

Recently, my thoughts about mentoring have been leading to—of all things—daffodils (stay with me here). 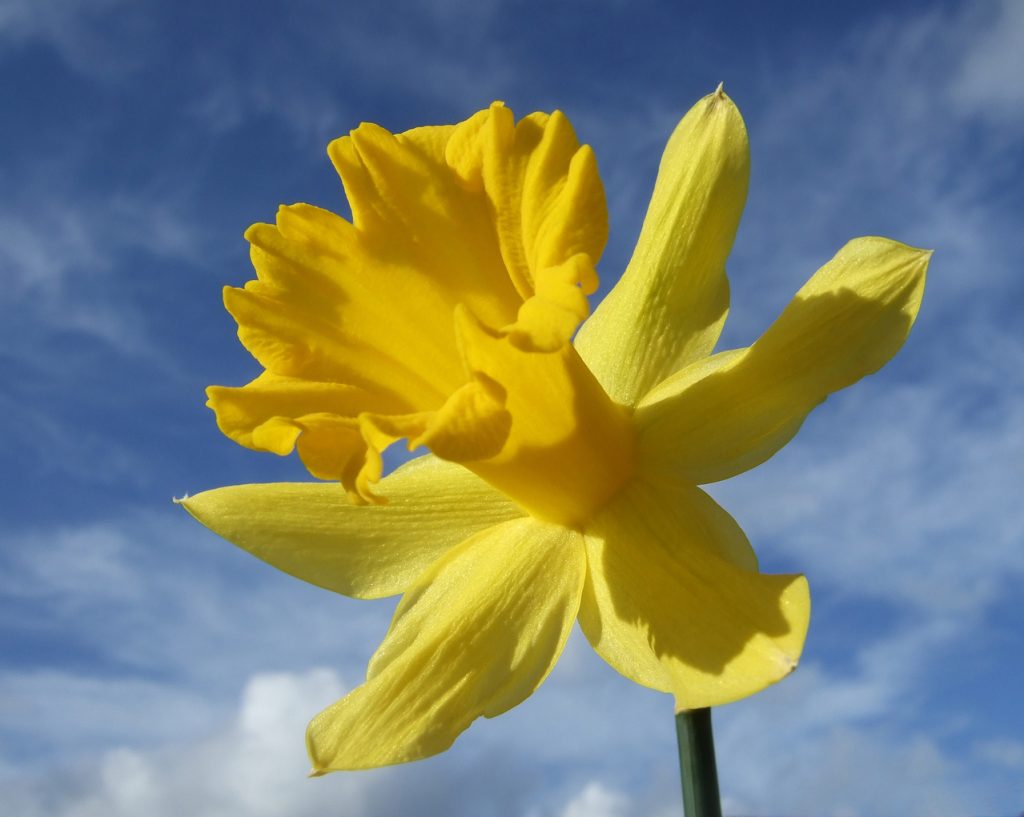 My grandmother liked daffodils, because they reminded her of the best job she ever had, which was working as a salesgirl at the downtown department store in her small South Jersey town in the 1920s and 30s. My grandmother had very little formal education, but she could speak Italian (being the daughter of Italian immigrants). So Mr. Black, the store owner, hired her specifically to work with his growing Italian-American clientele.

One early spring day, Mr. Black brought daffodils for his sales staff. My grandmother would reminisce—well into her nineties—about what a thoughtful gesture that was, and how lovely the daffodils looked against her brown dress.

But words meant the most: “He said I could sell anything!” my grandmother would gush.

My grandmother didn’t go on to launch a successful sales career. After her marriage she focused her energies on keeping house, family, and farm in order. But what always struck me about that story is the powerful, lifelong effect a few words of encouragement had on my grandmother.

Mr. Black, quite simply, told my grandmother what she was good at.

Humanities Ph.D. students are good at lots of things. They know it, or they wouldn’t be engaging in the rigorous preparation that leads to the highest credential in their disciplines. Hopefully, their abilities are acknowledged regularly by their academic mentors–professors, advisers, dissertation committees.

So why should a graduate student in the humanities expand her mentoring network?

To land a job? Yes, mentoring networks can lead to jobs. But if you want to build the most productive relationships and the strongest networks, you will go about it for another reason:

To know what you are good at.

When I decided to leave a tenured faculty position five years ago, what finally sparked years of indecision was a trusted friend and mentor who suggested I’d make an excellent administrator. That conversation wouldn’t have happened if I hadn’t started hanging out more with my administrator friends, asking questions about what they do and what they liked about their jobs. Once I better understood what administration entailed, it was much easier to imagine myself in such a role. And, of course, I felt validated that my friends thought I’d flourish in the same kinds of roles they had.

If you are lucky, you will develop a few ongoing mentoring relationships in the course of your career(s) that are mutually sustaining and beneficial and can help you understand yourself and grow over the long haul. Such mentors routinely provide insight into your abilities or behavior because they have known you for years and that’s just what happens when you have lunch.

Other times, you may find yourself mentored in a first interaction with someone who has a fresh perspective (say, in an informational interview). If you remain fully present in the conversation, bracket expectations for a specific outcome, and demonstrate genuine interest in the person across the table, you might have a transformative encounter. I have left a few (just a few) conversations with people who remained near-strangers, carrying an enhanced or completely new understanding of what my strengths were and what I was capable of.

Yes, you should always write a thank-you note, offer to help in return, and leave open the door for further conversations. But even if it closes, you may have gained the confidence to pursue an entirely new career path or goal.

And you just might remember that conversation until you are ninety.