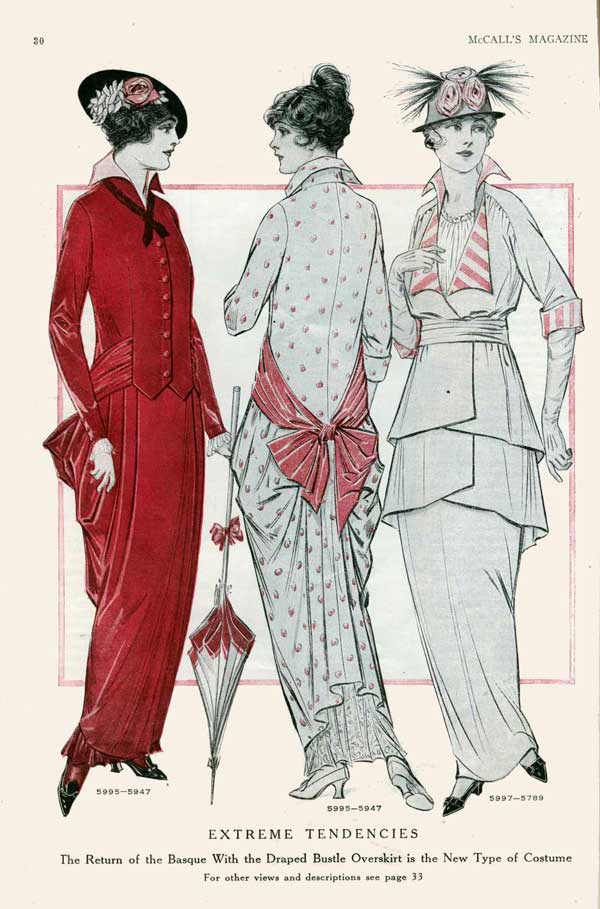 Many years ago, as a postdoc preparing for another round of job interviews at the Modern Language Association, I decided to catch up with some of my favorite professors at one of the many happy hours. My pride in walking into the room as a gainfully employed academic (never mind that it wasn’t a tenure-track job yet) was punctured almost instantly:

“Maria! It’s great to see you … you’re actually dressed like a grownup!”

I wasn’t, in fact, dressed like 99 percent of the world’s grownups. Rather, I was carefully attired as an up-and-coming literature scholar—which meant head-to-toe black and good tailoring.

But never mind. The comment did exactly what it was intended to do: Put me in my place and remind me that just a year ago, I was eking out a living with a $9,000 annual stipend and an assortment of unfashionable blue jeans.

That memory sticks in my mind with annoying clarity, and I’ve come to realize that many of my traumatic job-search memories involve clothing. Like the time I discovered a day before my interviews that the smashing suit I found at the Burlington Coat Factory had a subtle but all-too-real (and permanent) stain on the jacket. Or when the dry cleaner incinerated my favorite lucky scarf and asked me to name a replacement value (“Priceless!” I wanted to shout).

Or when—after getting lost in downtown DC, and running in heels to get to my convention interview on time—I sat through an entire 30-minute interview with my skirt on backwards. (Didn’t get a callback for that one.)

What I didn’t understand at the time was that my preoccupation with clothing had more to do with identity issues than interview prep. For many graduate students, the first rounds of academic job interviews demand a radically new self-presentation—from that of apprentice in a discipline to an assured practitioner of one. Stricken with imposter syndrome, dressing the part for our new identity is a sensible “fake it till you make it” strategy.

But what unnerved me, every time, were unwelcome reminders of the fragility of these costumes. Garments are prone to staining, scorching, wrinkling, and various forms of malfunction. Showing up at an interview imperfectly attired may feel like exposure of the grad student identity you are eager to shed.

It’s also disorienting to stress over your interview outfit, only to walk into the room and see what most hiring committee members are wearing. Some (especially from smaller colleges) are wearing dresses and ties. But there must be a rule that every hiring committee include one guy who looks like he slept in his clothes, got dressed in the dark, or both.

Instead of trying to impress the committee with your professional veneer or even your many scholarly accomplishments, your focus ought to be on establishing common ground with the members of the hiring committee.

If it sounds like I’m devolving into pettiness, you’re right—because ultimately, interview clothing is at once important yet superficial. After a lot more experience sitting on hiring committees, I came to realize that attire is a small part of the whole, complex picture that makes up a job applicant.

And sometimes (more than we’d care to think) even if you dress superbly, converse brilliantly, and hit the ball out of the park in an interview, it may not be enough to get you the job, or even invited back for the second round. Hiring is a complex process in which an organization tries to identify the best person to address a constellation of sometimes competing needs and priorities. Factor in the hiring committee—a crew with different personalities and possibly complicated relationships—and no wonder that hiring outcomes (both within and beyond academia) are so often mysterious, surprising, and occasionally infuriating.

It’s worth reflecting on your relative lack of control in an interview, because not only will you worry less about which tie to wear, but embracing this fact can free you up to actually enjoy the process.

Instead of trying to impress the committee with your professional veneer or even your many scholarly accomplishments, your focus ought to be on establishing common ground with the members of the hiring committee. They may all have longer CVs than you and seem to exist on a different plane, but remember that your shared passion for a humanities discipline makes all of you members of a pretty elite club.

“Fake it ’til you make it” has its time and place, but the best interviews are the ones in which you can share something fundamental and authentic about yourself—and your interlocutors return in kind. And authenticity isn’t about impressing or intimidating people. So beyond using the language you need to intelligently communicate your ideas, leave the jargon out in the hallway.

Sometimes a meaningful exchange can’t happen. For example, an inexperienced hiring committee might structure an interview like an interrogation or an oral exam. When this happens (and you’ll realize this about two minutes into an interview), do the best you can, get through the interview, and do not blame yourself if you and the committee don’t warm to each other. After all, do you really want to spend the rest of your career with these Grand Inquisitors as colleagues?

But if you are lucky, your interviewers (who are probably bored from sitting in a hotel room all day) are hungry for some intellectual engagement and good conversation. Demonstrate passion about your work, curiosity about the people who are interviewing you, and stop wondering whether your clothes are on backwards. It probably won’t matter.