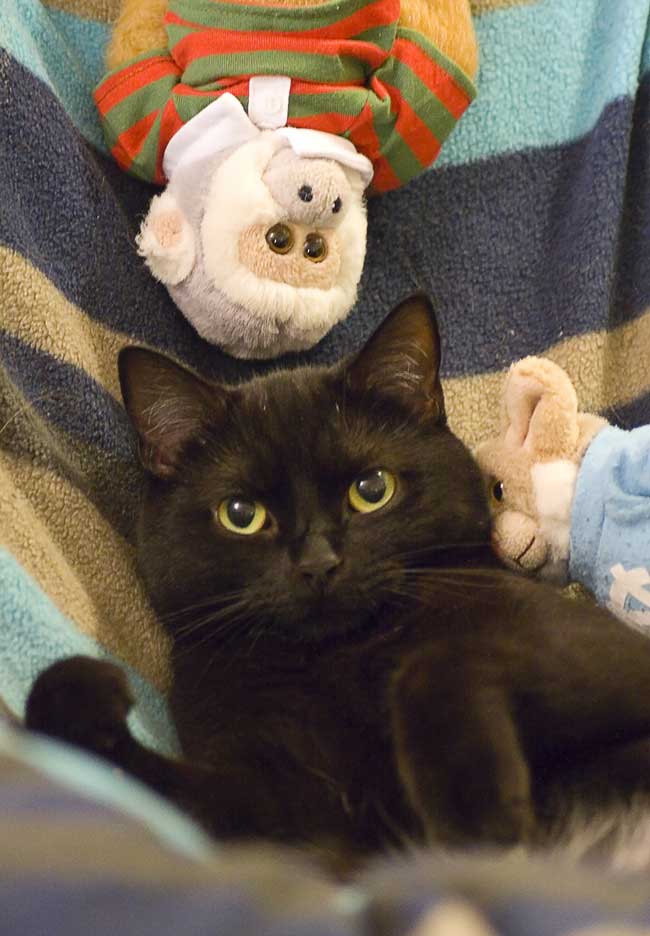 What do you do when you find yourself at a party with people who seem nothing like you and talk about nothing but UNC basketball?

In last week’s post, “Which Cats are In Your Circle?” I challenged graduate students to make connections beyond the narrow professional networks necessary for success in a research career. I ended the piece with a call for expansive and empathic networking.

But what does that actually entail? And how can networking feel less icky and terrifying?

Let’s start with the second question. Although I’ve asserted that humanities Ph.D. students are not categorically socially inept, we all have our moments. According to Ty Tashiro in Awkward: The Science of Why We’re Socially Awkward, people who have difficulty navigating social encounters demonstrate a few traits that we also commonly find among brilliant, high-achieving people—for example, the ability to home in with laser-like intensity on a topic of interest and to develop a novel perspective on it.

Take the natural inclinations of certain folks who gravitate toward doctoral study, combine it with a cumulative life experience of vexed social encounters, and you have two ingredients that can encourage academic introspection. Simply stated, people who often feel misunderstood in everyday situations (What? I can’t talk to you about Trollope’s Palliser series because you only read Martha Stewart Living?) are drawn to the few people who “get” them like 4-year-olds to bubble wrap.

Viewed from another angle, in a classic essay from the early 90s, “Dancing with Professors: The Trouble With Academic Prose,” historian Patricia Nelson Limerick posits that obfuscatory academic writing has everything to do with the fact that “nobody wanted to dance with [professors] in high school.” Fearful of rejection, the academic renders her arguments incomprehensible so they can’t be understood.

Or, perhaps, understood by only a few who also can decipher the code. In this way, certain topics and dialects of jargon do more than supply the lingua franca of academe—they  also furnish the social lubricant of academic parties. This fact became clear to me when I first met my husband, a GIS (Geographic Information Systems) consultant for an engineering firm. He dutifully accompanied me to gatherings of academics, after which he’d observe that nothing killed a budding conversation faster than his disclosure of what he did for a living. Invariably, the academic would be at a loss to respond, and things would get, well, awkward.

So my first charge—to network expansively—starts with talking to people at parties who aren’t like you. People whom, you know, do GIS for a living and have degrees in STEM fields and maybe (most jarringly) only want to talk about Carolina basketball.

But what will we talk about? I can hear you thinking. I don’t even follow Duke basketball! This person is not going to “get” me!

This is where networking empathically comes from: They don’t need to “get” you. To make a successful connection, you need to “get” them.

The next time you find yourself conversing with someone, pay attention to the fraction of time you talk rather than listen.

Back in 1936, Dale Carnegie, the author of How to Win Friends and Influence People, stated that that “if you want people to like you, Rule 1 is: Become genuinely interested in other people.” Also important is Rule 4: “Be a good listener. Encourage others to talk about themselves.”

Such advice may sound idiotically obvious, but there’s a reason that Carnegie’s book has sold over 30 million copies over the past eight decades. Neither rule No. 1 nor rule No. 4 are intuitive in American culture, which celebrates and rewards narcissists.

The next time you find yourself conversing with someone, pay attention to the fraction of time you talk rather than listen. When talking, how many times do you use the personal pronoun? Do you sustain good eye contact? Ask questions and indicate in other ways that you are engaged?

And although you (probably) learned the graces of good social conversation at some point between kindergarten and now, graduate study in the humanities isn’t exactly finishing school. Once you’re at the dissertation stage, you can easily spend the bulk of your waking moments thinking about yourself, your graduate career, and how you might explain the latest twist in your dissertation research to the small group of academics who presumably “get” you.

So when faced with someone at a party or conference who won’t necessarily understand, much less care, about the ramifications of your dissertation for a key debate in your subfield, don’t shut down or wander off to find another conversation partner. Rather, make it about them. Find out what they do care about. And when this information becomes evident, ask follow-up questions.

Feigning interest in what you hear is okay, but being genuinely interested is much better. And why wouldn’t you be? You’re a humanist, aren’t you? Isn’t your fascination with the human condition part of what drew you to graduate study? Don’t you like stories?

And everyone—from every socioeconomic group, from all walks of life—has interesting stories to tell. If you stop and listen with empathy, people just might share them with you.