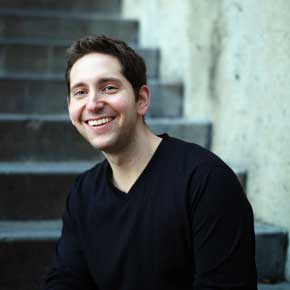 In 2002, as a Duke sophomore, I submitted the paperwork to officially declare an English major. Sixteen years later, I have a Ph.D. in English and I teach at Duke.

Based on those limited data points about my life, any aspiring humanities Ph.D. candidate could imagine—perhaps a bit enviously—the idyllic journey of my career trajectory to this point. You’d imagine that I started as a teenage English undergrad and ended as a young 30-something with a tenure-track faculty “dream job” at a top-tier, R1 university. Along the way there would have been countless meaningful conversations with my scholarly peers about Derrida, Foucault, and Heidegger.

I guarantee you’d be completely wrong. Well … except for some of the Derrida conversations.

Over the past 16 years I’ve gotten rejected from more grad schools than I can remember, gotten rejected from more jobs than grad schools, published a book with Duke Press, ran one of the world’s most popular websites, started six companies, driven five of them into the ground, raised millions of dollars for my businesses, lost millions of dollars from my businesses, taught myself to become a software engineer, been named a Microsoft Fellow (I still have no idea what that honor means), and currently run a venture-backed tech company. Oh, and now I also teach in Duke’s Innovation & Entrepreneurship certificate program.

One day I’ll write another blog post explaining how an English major became a software engineer—and how a lot of the best software engineers in the world started as humanities majors—but not today. Today I want to propose a connection between the work you’re currently doing as a humanities grad student and a career path you’ve probably never considered: tech startups.

Trained to Thrive in Ambiguity

As someone who works in the tech startup industry, I often hear entrepreneurs described as people who are good at “thinking outside the box.” It always makes me chuckle, especially when people use it to describe themselves. But for the sake of this blog post, let’s ignore the inherent contradiction of using a cliché to describe original thinking. Instead, let’s focus on the phrase’s intended meaning. I want to argue that, in the startup world, people with humanities Ph.D.s are particularly adept at thinking outside of otherwise clichéd boxes.

For the record, I don’t mean humanities Ph.D.s are either smarter than most tech entrepreneurs or more creative. Besides, that’s not what it means to “think outside the box.”

In the startup industry, I’ve begun to think of my humanities Ph.D. as my secret weapon.

In entrepreneurial environments, ambiguity is everywhere. In fact, as the founder of a venture-backed tech company, when I wake up each morning I’m rarely certain about something as straightforward as what kind of work I’ll be doing that day. During a typical week, I might spend one day talking with potential customers on sales calls, another day training new employees, another day helping the engineering team code new features, and another day trying to raise millions of dollars from venture capitalists. Some days I’ll do a little of all those things and take out the office trash.

In startups, daily schedules aren’t the only things that rarely follow predictable or clearly defined patterns. For example, my company sends thousands of emails every week soliciting people to buy our products. You’d probably call these email spam, but we call them “cold-prospecting” emails. We often judge the success of our cold-prospecting emails on metrics as unscientific as how forcefully recipients tell us to leave them alone: “This email campaign generated fewer profanity-filled responses than the one we sent last month. Hooray!”

These kinds of unpredictable and infinitely interpretable situations are the kinds of environments in which humanities students constantly operate. However, because you’re so familiar with the work you do, you probably don’t realize how unusual it is to both tolerate and thrive within constant ambiguity.

In other words, as a humanities grad student, you mostly live in a world where everyone is similar to you. The unique skills you’re developing—the ability to research and self-educate, the ability to construct (and deconstruct) narrative, the ability to analyze and critique logical arguments, the ability to respond quickly and thoughtfully to unpredictable stimuli, and so on—are all being deployed alongside your similarly educated peers and probably don’t seem particularly unique.

However, in the startup industry, I’ve begun to think of my humanities Ph.D. as my secret weapon. It could be yours, too.

Skills that Few Others Have

The interpretive and analytical skills you’re currently honing to extract meaning from non-standardized texts, events, ideas, and other ambiguously defined media are skills other people either won’t have or won’t have developed as thoroughly.

I don’t mean to suggest that a graduate humanities education is guaranteed to turn you into a multi-billionaire tech titan. Let’s just say you’ve still got a better chance of getting tenure at an R1 university (#HumanistHumor). It will, however, make you feel surprisingly comfortable in a startup job, and not just because you’ll be making the same kinds of barely livable salaries (#EntrepreneurHumor). Heck, you might enjoy being in a startup just as much as you enjoy grad school, which, I realize, isn’t necessarily a ringing endorsement for joining a startup. Don’t say you weren’t warned.

More importantly, if you do ever find yourself working in a startup, your humanities education will help you generate solutions to problems your colleagues and competitors might not be as readily able to identify because your education has specifically trained you to operate within the kinds of ambiguous and uncertain realities of entrepreneurship. You will, in a word, be trained to think “differently.”

While “different” isn’t necessarily better, it is what people mean when they describe someone as being able to “think outside the box.” Sure, the cliché is a little silly, but clichés can only exist when there’s at least some truth in them.

Aaron Dinin is a Duke undergraduate (Trinity, ’05) and has a Ph.D. in English from the University of Maryland, College Park. He runs a venture-backed tech company based in Durham, and he teaches in Duke’s Innovation & Entrepreneurship initiative. He occasionally writes other blogs about the intersection of entrepreneurship and humanities scholarship—mostly when he has more time during the summers—which you can read at aarondinin.com. Feel free to reach out and schedule a time to talk with him during his office hours since none of his students do … unless there’s a paper due in the next 24 hours (#TeacherHumor).