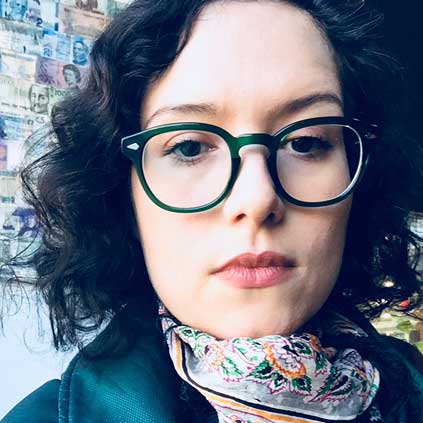 Last summer, a group of my colleagues from Duke’s interdisciplinary Literature Program and I started a conversation about how to prepare for the future beyond Duke, both as aspiring scholars and as professionals considering our options in other fields as diverse as journalism, publishing, and political organizing. Although we had been developing our scholarly writing skills for a number of years through our specialized academic subject areas, a number of us also wanted a chance to work on professional writing projects outside the academy.

From this seed of curiosity and desire to prepare for diverse and sometimes capricious job markets, we, along with Professor Mark Hansen, created the “Writing for the Future Initiative,” a yearlong series of writing retreats and workshops designed to help us hone our skills as both professional and scholarly writers. Funded by a Versatile Humanists at Duke Ph.D. Innovation Grant, we held a week-long writing retreat, several day-long writing retreats and discussion groups, and three workshops on writing for different professional fields.

The first event in “Writing for the Future” was a week-long immersive writing retreat. Each of us chose two writing projects to work on during the week—one scholarly and one nonacademic. A central goal of the initiative was to target the various forms of writing anxiety and writing perfectionism that have afflicted many of our participants throughout graduate school, so our days were dedicated to writing often and enough to skirt the anxiety issue altogether.

We wrote from 9 a.m. to 5 p.m. in 25-minute intervals. The first half of the day was spent on articles or book chapters we were preparing for publication, and the second half was spent working on our nonacademic projects. In the evenings, we would discuss our writing roadblocks, as well as the key differences between writing in our respective academic fields and writing for professional contexts like nonprofits.

Mike Dimpfl, a geography Ph.D. from the Thompson Writing Program, worked as a facilitator for the retreat, making sure we hit our writing goals each day and stayed accountable for our different projects throughout the week. Mike’s rules initially seemed quite strict. We were, for instance, discouraged from running off to compulsively check sources as many scholars tend to do. His tactics, however, ultimately helped reshape our writing processes for the better, encouraging us to write with more focus and more trust in our own authorial voices.

When we started the initiative, many of us were already bogged down with dissertation writing woes, and the prospect of strategizing for both our academic and nonfaculty careers was daunting, to say the least. How could we finish our dissertations and publish in our fields while keeping one foot enough out of the academy to forge another career down the line? The initiative departed from the idea that our nonacademic career paths should connect in some natural way to the skills we had already built as scholars.

To address this problem, we made sure to include time for individual students to use the group as a collaborative sounding board for our post-graduation career plans. We looked at each other’s résumés and curriculum vitaes, researched job descriptions in our targeted fields and reported back, and shared the information we had gathered.

A major theme emerged from these conversations: Regardless of whether our ultimate plans were academic, we all agreed that our experiences as academics were a key part of what made us distinct as job candidates. We can perform in-depth research, as we had already done in our dissertations, and transmit this research to a general audience, as we had already done in our teaching.

At the end of “Writing for the Future,” we realized we as peers could help each other beyond just our academic writing projects.

As the year wore on, we kept up the writing group from that initial week-long retreat and participated in mini-workshops oriented toward giving us the ground rules for writing in different professional disciplines. We held three workshops, one with Brian Howe from Durham’s Indy Week on writing and editing in arts and culture journalism, one with Mindy Isser from the National Domestic Workers Alliance on writing for nonprofits and social-justice organizing, and one with Kathryn Pringle from MetaMetrics on writing pedagogical and test materials for educational companies. These workshops gave us a chance to speak to working professionals about their jobs and how our existing professional profiles could fit into more traditional work contexts.

One of the things that astonished many of the program’s approximately 20 participants by the end of year was that nonacademic writing was in key ways similar to publishable scholarly writing. Across the many genres that we worked on during this period—from policy papers to journalistic pieces to copy writing––clarity, knowledge of the generic norms of a given field, and a sense of a lucid voice in conversation with other voices in the text were all central to crafting effective professional writing.

In our discussions, however, we also noted key differences between scholarly and nonacademic writing. Length constraints tend to be much shorter when writing for a general non-specialist audience. While many of us were accustomed to the depth and thoroughness of academic writing, we learned that in many professional writing contexts, getting to the point, and fast, is critical.

In terms of our respective writing processes, we also found some key similarities between our scholarly and nonacademic projects. We learned the value of moving through multiple drafts of a single piece of writing, rather than staying in a state of anxious paralysis and avoidance of the task at hand. If there are no words on the page, the project won’t move closer to getting done.

At the end of “Writing for the Future,” we realized we as peers could help each other beyond just our academic writing projects. We learned the value in tapping each other for networks, skill sharing, and professional resources. Coming up on a year since the first retreat, many of us still meet to write in pairs or larger groups, using the principles that our facilitator instilled in us during that retreat. A number of participants have reported feeling more directed and less anxious in trying to meet our academic and nonacademic goals.

Some of the most difficult aspects of facing the job market in your final years of a humanities doctorate are the sense of burnout and the fear of having hyper-specialized skills that you might never get to use. “Writing for the Future” gave us a strengthened sense of our own talents and resourcefulness, a sense of the true flexibility of our already rigorous capabilities. It was a rare opportunity to devote time and attention to thinking of ourselves as full people with ample skills applicable in academic and nonacademic contexts.