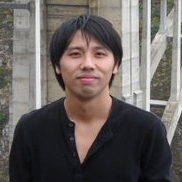 I was very fortunate to have the support of The Graduate School, the Department of Philosophy, and VH@Duke to bring Dr. Zachary Ernst—formerly a tenured professor of philosophy at the University of Missouri-Columbia and Florida State University and now a data engineer in Chicago—to Duke on April 8 to share his insights on how to approach the nonacademic job market with a Ph.D. in the humanities.

Zac and I had many interesting conversations while he was here. One story he told me, though, stood out in my mind: the “pothole guy.”

Since transitioning into the nonacademic job market, Zac has taken part in many interviews—both as the interviewee and as the interviewer. Data-driven companies, he told me, like to ask abstract questions that probe the interviewee’s ability to think creatively and critically. During one interview where Zac was part of the hiring committee, the interviewee was asked: “Suppose money and time aren’t issues. Describe a good data-oriented project.”

The interviewee responded, without hesitation:

The “pothole guy” was infuriated by the number of potholes in Chicago. If he had all the money and time in the world, his project would be to collect all the data he could scrape about potholes in Chicago. He wasn’t collecting the data arbitrarily, however. He wanted to find meaning and a narrative from them. For instance, he wanted to find out if there’s any correlation between the socio-economic status of a neighborhood and how quickly the potholes would be fixed. He presented to the interviewers a novel but identifiable problem, proposed an implementable solution, and argued cogently about it.

Sound familiar? It did to me when I first heard the story, because that is what humanists are trained to do. We locate and make explicit problems within the human experience, reason about how such problems ought to be conceived, and propose a solution. Being in graduate school means that we are in the company of many intelligent and resourceful thinkers. As a result, it can be difficult to appreciate the creativity and rigor in thinking that we cultivate as graduate students in the humanities.

But the pothole guy left such a strong impression on the hiring committee that they offered him a job despite his lack of a programming background. As Zac told me, the programming is the easy part; the hard part is to identify an interesting problem and formulate a feasible plan to tackle it.

I was an avid follower of Zac’s work when he was still an academic philosopher. Zac was a top-notch philosopher, but he was also a prolific blogger and produced many thought-provoking articles that examined the nature of his profession. For instance, he wrote a candid assessment of going to graduate school. He was also one of the first philosophers who publicly criticized the ranking system of philosophy departments that was widely (and perhaps dogmatically) used.

By challenging entrenched assumptions about the discipline, Zach showed me that analytic inquiry has applications beyond the narrow scope of “Philosophy proper.” There is no reason to think that philosophical thinking pertains only to things, say, Plato and Wittgenstein wrote about. If we are to be consistent and intellectually honest, we should think critically about the conditions of our profession.

Often, any mention of nonacademic career options would be met with the charge of “sour grapes” …

In the spirit of this honest consistency, I invited Zac to Duke to talk about his experience after he left the profession. For any graduate student entertaining the idea of a nonacademic career, advice and examples are hard to come by, so Zac’s perspective would be very valuable. I also felt that even among graduate students, there’s a self-imposed reluctance to discuss these matters candidly. The fact that Zac used to be a tenured professor would increase the weight of his opinions. Often, any mention of nonacademic career options would be met with the charge of “sour grapes,” as if the only reason anyone would think about nonacademic jobs is because he or she failed to get an academic job. Zac’s background allowed us to eschew this unproductive line of thought and recognize that there are people who willingly choose a nonacademic career over an academic one.

The other reason I invited Zac was his advocacy of the continuity of the humanities and the tech industry. For instance, in one of his post-academia blog posts, he suggested that studying philosophy has value beyond the (perhaps increasingly banal) idea that it teaches students to think and write, in that we are trained to be creators of logical frameworks of ideas used to solve difficult problems.

The philosopher Robert Solomon, for instance, described the philosopher as a “conceptual sculptor:” one who turns ambiguous and disjointed ideas into a coherent network of concepts. Zac characteristically took this further, arguing that the domain of such a skill should not be limited to just philosophy. As he pointed out, software developers and data scientists often receive vague requests and questions from their clients. It is their job to take these ideas and produce something that is implementable.

The lesson we can learn from the story of the pothole guy is that getting a job in nonacademic industries such as tech is not always just about having the technical skills, but rather ideas. Employers may not only be unbiased toward applicants from the humanities, they may in fact be eager to discover what fresh intellectual perspectives we can bring to their technical world.

Of course, we can also increase our versatility by enriching our skillset. The pothole guy, after all, was not hired to be an “ideas guy.” In fact, he was hired because he made it clear that he was eager and motivated to learn the data analysis and programming skills needed for the job. We should not, however, overlook that humanists are in some sense intrinsically versatile, because the sensitivity to aspects of the human experience is something that is relevant to any endeavor that involves human beings.

Out of the many things I learned from Zac, the pothole guy somehow stuck with me the most, perhaps because it elicited from me a familiar feeling of intellectual excitement. I think it is the very same feeling that drew many to graduate school—to be excited by the difficulty of a problem and the prospect of working one’s own solution to it. I am intrigued by the thought that nonacademic careers need not entail the end of the life of the mind. In fact, Zac repeatedly told us that he found his current work just as intellectually stimulating and satisfying as philosophy.

Zac’s experience may not be universally generalizable, and careers in data science are definitely not for everyone. It was never the event’s intention to convince everyone to get a job outside of academia. Rather, it aimed to create room to talk and think about it, hence the title of the event: “An Ivory Tower with a View.”

Academia is indeed an ivory tower, but it’s not supposed to be insulated from the nonacademic world. We don’t have to jump out of the tower, but there is no reason we should not take a view of the outside world through the window, through a realistic perspective. For those who desire to stay in the tower, they can appreciate the view to the nonacademic world from within. For those who are seriously entertaining a nonacademic career, Zac’s experience—one of many, I am sure—was, if not helpful, at least encouraging.