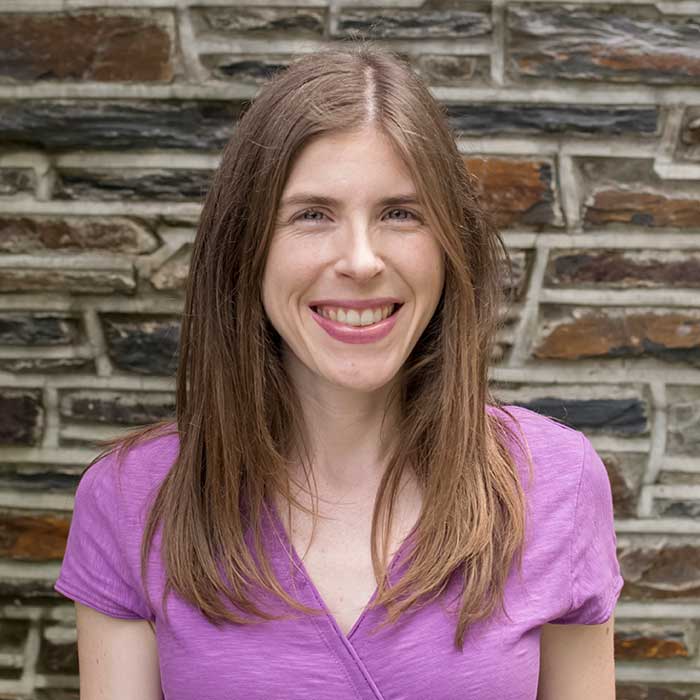 My passport renewed, I was ready for a two-week trip to Dien Bien Phu. There, as part of my internship with the National Humanities Center, I would take part in an international curriculum design team focusing on the Vietnam War.

Then the funding for the project fell through.

My Versatile Humanist at Duke internship didn’t go exactly the way that I imagined, but it proved to be rewarding in new and exciting ways that I would not have anticipated.

Founded in 1977, the National Humanities Center is a private nonprofit organization located in Research Triangle Park. Throughout the academic year, they host scholars from around the country and the world who specialize in topics ranging from narratives about trash to the genre of “cassava Westerns.” Another branch of the NHC focuses on education programs, such as curriculum development, teacher training, and pedagogical collaboration.

Originally, I was set to work on the Transpacific Teachers Scholars program, a curriculum-design project focusing on the French colonial history preceding the American involvement in the Vietnam War. The subject matter, transnational American politics and humanities, would have complemented my own research on human rights in the American imagination very well. It also would have drawn upon my own professional background: a pre-graduate school life in curriculum design and international development.

Due to a rather Kafkaesque situation, the funds for the Transpacific Scholars program did not materialize in time for the summer. Having worked in the nonprofit sector, I know that the whims of grant-funded projects are not for those who cling to strict calendars. Still, I admit I was rather crestfallen.

Fortunately, this disappointment quickly dissolved upon my learning of another exciting opportunity: the Humanities Moments project. This endeavor seeks to re-imagine the entire value proposition for the humanities “by developing a digital archive of ‘humanities moments’ that illustrates the intersection between the humanities and transformative moments in our lives.” In a political and academic climate where the future of the humanities feels precarious at best, the project’s mission and philosophy seems especially urgent.

I attribute much of the value of my professional experience at the NHC to a potent combination of freedom and responsibility. From the beginning, Andy Mink, NHC’s vice president for education programs, explained that staff are expected to take initiative (there is no hand-holding) and encouraged to ask for help. Olympia Friday, the social media and strategic marketing coordinator, became my primary supervisor, and the clarity of her communication, her own savoir faire, and her trust in me greatly enhanced my experience.

My responsibilities were methodically outlined in a work plan, ranging from search engine optimization for the emerging website, to writing up descriptions of podcasts and tagging Humanities Moments contributions.  I received a title for my position: Primary Curator, Humanities Moments. I was slightly intimidated by the scope, but thrilled by the possibilities for growth and skill development.

The contributions on the Humanities Moments website offer an eclectic constellation of narratives—all evidence, in my opinion, of why things like books, lyrics, and films matter more than ever. People from all walks of life offer their reflections on how novels, paintings, songs, poems, memoirs, and even recipes have shaped—if not completely altered—the way they see the world.

Some of my favorites include the entry “Human Thinking in Robots,” a meditation by a high-school student on the intersections of metaphysics and Star Trek: The Next Generation. Or “Dvorak’s cello concerto,” a reflection from a 78-year-old retired travel agent who recollects how an impromptu first date at Constitution Hall was the beginning of both a 40-year marriage and her love of classical music. I’m especially fond of “The Perfect Invitation,” in which an African American professor of English illuminates how a poem by Lucille Clifton, “won’t you celebrate with me,” provided her with joy, affirmation, and a sense of community. And then there’s “A Picture of Reality,” in which the contributor explains how a photograph of an execution room by artist Lucinda Devlin prompted her to grapple with the ethics of capital punishment. The list goes on.

As I began to sift through the Humanities Moments collections, the need for a streamlined, uniform system of metadata became obvious. Thus began the main task of my summer internship: the construction of a metadata “thesaurus,” a cataloguing system to curate and organize a burgeoning archive of humanistic reflection.

Originally, the entries were inconsistent in how they had been “tagged,” or labeled. For example, some had authors’ last names only, while others had the authors’ first and last names. Such inconsistency did not a well-curated project make. For guidance, I quickly turned to the local subject-area experts—the Center’s team of librarians, especially Brooke Andrade, the director of the library. Brooke helpfully directed me to other library databases as possible templates for cataloging taxonomies.

As I began to design and build the thesaurus (a Google document accessible to all relevant NHC staff members), I consistently consulted with several staff members from both the communications and the library team. We met on a biweekly basis to collaborate, share ideas, and try to establish best practices. A sense of teamwork buoyed our efforts. At first the position of running team meeting and becoming somewhat of a project coordinator daunted me (my “imposter syndrome” was flaring up), but I quickly embraced the role and relished the chance to lead at least a small part of a major project.

I feel pride in knowing that I helped lay the groundwork for the curatorial and metadata systems of what may—assuming funding comes through—become a major website. I was especially touched when Brooke, the head librarian, thanked me for including everyone in the project. I honestly couldn’t imagine not having included everyone in the project given how very little I knew about curation, metadata, and tagging systems when I walked in the door in mid-May.

The environment inside university walls—especially in fields such as English—does not always encourage collaboration or teamwork (for example, most articles are single-authored). It felt like a breath of fresh air to work alongside others toward a common goal, a sentiment only amplified by the warmth and collegiality of the NHC staff. The social dynamics of humor, creativity, and collaboration were most fully on display during the themed summer lunches on Wednesdays. Some of my favorite themes included food on a stick (in which I had my first, and probably last, encounter with rumaki) and “blunch” (a portmanteau of breakfast for lunch). Several Friday lunch outings also introduced me to some of the best culinary offerings in the Triangle, including Mekong (excellent pork bahn mi) and Mediterranean Grill & Grocery (divine falafel).

The conversations that took place over these delicious meals enabled me to learn more about the vocational journeys of my colleagues. Several staff members are ABD, and their reasons for leaving academia (e.g., not wanting to move absolutely anywhere in the country or to make the meager salary so often given to instructors) made sense to me. I took heart in seeing that they seemed to find fulfillment and a way to satisfy their intellectual curiosity through their work at the NHC, an organization that seems to have one foot in the academic world (through its fellowships) and one foot outside of it (through its broader educational outreach). Staff members enthusiastically helped me think of ideas for the English class that I am teaching this fall on literary-to-cinematic adaptations

Nonprofits like NHC, of course, face funding challenges and cyclical grant cycles. (I had begun to get a peek of this at my prior job for an international education development nonprofit in Boston.) Still, I was fortunate enough to learn a bit more about how endowed fellowships work through a conversation with Don Solomon, the director of communications. In a time when the humanities at large seem under threat, it was a fascinating experience to be at a center dedicated solely to their promotion.

I plan to stay connected with the NHC—whether through having my ENG 90S students submit Humanities Moments as one of their assignments or by attending some of the public lectures from their visiting fellows. I’ve also initiated conversations with the Duke English department to brainstorm collaborations between English majors and the Humanities Moments websites (e.g., linking to the website from the department homepage). It’s also heartening to know that Yael Lazar, another Duke graduate student and VH@Duke intern, is continuing the work of metadata for Humanities Moments. I’m excited to know that she’ll continue to advance the project with her own vision, especially given her strong background in digital humanities research. I find the summer’s end especially bittersweet, and I will always be grateful for the chance to take part in this internship. Even though I never left the state—or even used my passport—this summer, I nonetheless gained an excellent view of the humanities landscape that stretches out beyond the academy.