Achille was one of nine Duke PhD students to hold an internship through Versatile Humanists at Duke in Summer 2018. His reflection marks the first of a series. 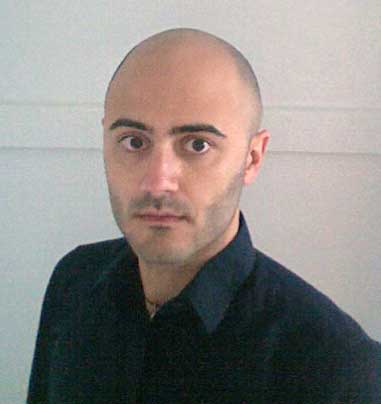 It is around 9 in the morning. I am sitting in the terrace of a nice bar called Il Duca d’Amalfi, situated right in front of the monumental entrance of the State Archive of Bologna, intensely absorbed in the reading of a pile of thickly compiled notes. The bar is full of people drinking their last coffee before going to work, but the moment for which I am preparing will not happen before 10:30, when the exhibition will open and I will lead the first guided tour in English.

It is May 21, 2018. I have spent most of the first week of my internship participating in the activities of my host, Association Il Chiostro dei Celestini, which works with the State Archive to organize several kinds of events to promote the incredible collections of documents preserved in the archive since the Middle Ages. Until now my central occupation has been to familiarize myself with the exhibition, trying to arrange in a reasonable order the great amount of information contained in the hundreds of documents exposed.

This exhibition will engage many more people than the ranks of archive lovers. It recalls, in excruciating detail, a horrible event that has marked Italy and Bologna forever: the racial laws against the Jewish community, which were implemented by the Fascist regime in summer 1938 (exactly 80 years ago) and lasted until the end of World War II.

Given the nature of the documents usually preserved in a state archive, the exhibition mostly bears witness to the bureaucratic aspect of this enterprise, in which all the public administration of the time participated. Thus the documents mostly illuminate the gradual exclusion of people from schools, professions, and every other aspect of civil life, along with the predatory dispossession of all their wealth. Finally, the exhibit records the restrictive policies of control on their life, which quickly escalated to concentration and deportation.

How does one talk about pieces of paper marked by the decades, where a neutral bureaucratic jargon somehow retains the suffering of so many people whose names and stories are there between the lines? That is what I am also trying to understand as I sit at that table in the sweet morning of May. I have already learned that handling a guided tour like this is not easy emotionally. A couple days earlier, I assisted with a tour held by the curators and attended by many people, mostly from the Jewish community of Bologna. For them, the names and stories on those ugly pieces of paper suddenly exposed in full light were also part of a personal, painful memory.

Nevertheless, as the time approaches, I feel ready, and I move quickly to the entrance.

Except … nobody shows up this morning. 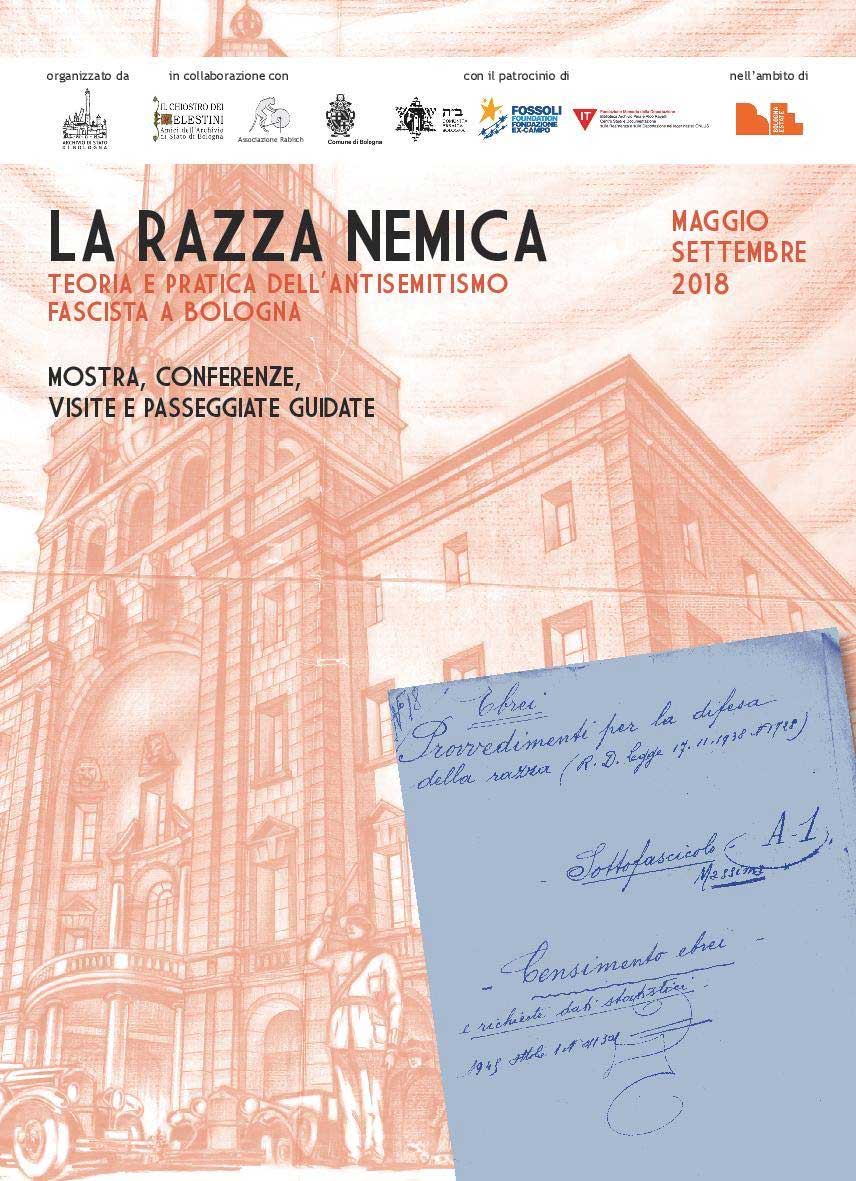 A poster of the exhibition that Achille Castaldo helped to promote during his internship: “The ‘enemy race.’ Theory and practice of Fascist antisemitism in Bologna.”

Beginnings are rarely the best place to start a story, and this inauspicious beginning suggested that the advertising we had done for the event had not worked well, and that an event like this was not the usual destination for tourists on vacation. So for the rest of the week, I spent some hours every morning working on a better information campaign around the event, with the help of Dr. Lorenza Iannacci, an official of the State Archive of Modena, a member of my host association, my supervisor, and really the person who helped me design this internship in the first place.

The next Monday, after spending the usual two hours in the terrace of the Duca d’Amalfi drinking coffees while reading my notes, I finally had two visitors to the exhibition—couple of American travelers of Jewish descent. I spent almost two hours with them at the exhibition, and it was still not enough time. The next morning we asked for permission to open the exhibition for an extra visit in order to go through all the documents we did not get to see and discuss the day before. My impression now is that all those pieces of paper spoke for themselves on those two mornings.

So this was the true start of it all. Obviously the tours to the exhibition (I had a few more visitors in the following weeks) were the more intense part of my work, but I also prepared and held guided tours to some of the fascist architectures of town, the “Village of Fascist Revolution” situated around the stadium once called Littoriale (itself a fascist architecture, where an equestrian statue of Mussolini had dominated the field until being destroyed after the war). To do this I had to study the historical development of the urbanistic structure of the town since the 17th century, and this research really helped me to better understand a place where I lived for years, where I passed some buildings hundreds of times without seeing them, without knowing their stories.

Sometimes I still get email inquiries about the tour from people who saw the advertisement on the website for tourist events in Bologna (somehow the event’s page is still up) but did not see the tour’s expiration date. Unfortunately, I cannot help them at this time, but this experience has taught me a different possibility for using personal knowledge, a possibility that is proving to be really important for my scholarly trajectory.

Yet endings are not usually a good place to conclude a story, so I will go back to that first morning in the terrace of the bar in Piazza de’ Celestini with coffees and notes. That was the moment where the still theoretical study of the papers I worked on stood on the brink of becoming something else—not an essay or a book, but simply the possibility of an open dialogue.

And even if nobody shows up, the possibility remains, waiting for the right moment.