(At least, not in the way you might think.) 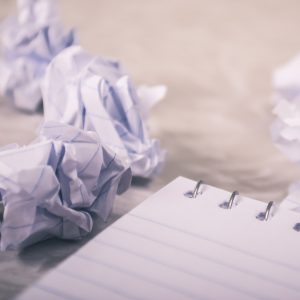 If you have ever attended any career workshop, webinar, or conference about how to get a nonfaculty job with your PhD, you’ve probably gotten some good advice on the importance of networking, building relationships, and getting hands-on experience of some kind. It’s also likely that, at some point in this career-exploration journey, you have encountered the idea of “transferable skills.” This discourse is especially common in the humanities and social sciences, where there is a lot of (often overstated) anxiety about conveying the value of humanistic thinking to prospective employers.

The basic premise behind the concept of “transferable skills” is that the value of the PhD is greater than the sum of its parts. In the course of any PhD program worth its salt, researchers learn how to be self-directed, how to write, and how to do Research with a capital “R.” Depending on our individual proclivities and research needs, PhDs may also acquire a host of other skills and experiences, from statistical literacy to database management to software development.

For me, the practice of thinking about how I might apply my own set of disjointed experiences to other contexts was initially very helpful in envisioning a range of career paths. It also never hurt me to stop and reflect on how far I had come and what I had actually accomplished in my six years at Duke. In general, while I was in graduate school, the concept of transferable skills helped more than it hurt.

But the discourse on transferable skills has its limits. Many well-intentioned efforts to encourage PhDs to see the broader value of their expertise can become watered down to a much more reductive claim, in which there is a 1:1 relationship between “skill normally acquired in doctoral program without additional effort” and “skill normally acquired in the business world that has a different name.”

Any job applicant should know what an ATS is and take keyword optimization seriously, but some of the proposed transpositions in the name of “transferable skills” encourage students to creatively reimagine their experiences rather than accurately describe them. Part of this tendency might be related to general inexperience with how the broader world of jobs actually works, but some of it might also just be wishful thinking borne of a dire job market.

Even worse, a lot of transferable-skills talk subtly – and often unintentionally – reinforces a “Plan B” mentality for thinking about careers outside academia. By implicitly or explicitly suggesting that employers and hiring managers lack the arcane knowledge needed to understand the value of a PhD, transferable skills-talk will convince you that it’s necessary to “translate” your skills into the keywords of HR, at the cost of hours optimizing your resume. Somewhat suspiciously, this translation might even require assistance from someone *else* who *also* has a PhD, because regular career coaches or career-advice blogs and websites simply don’t understand you or your transferable skills. You are special; you are different. You, too, can hack the nonacademic job market.

If that framing feels too convenient (and, frankly, familiar), that’s because it often is. Transferable skills-talk is often propagated the loudest within graduate programs themselves, usually as a more palatable substitute to the hard conversations about the structural problem that created an oversupply of PhDs in the first place.

There is an ever-growing array of diagnostic tests and self-assessment strategies to help you learn about other career paths and subsequently translate your “skills” into the language of other industries with relative ease. These can be useful in their own way, but they, too, have crucial limits. One of the more depressing things you can do to yourself is fill out the ImaginePhD skills assessment, as I did recently, only to be told that your skills and experiences make you ideal material for a tenure-track faculty job. Thanks?

The discourse of transferable skills is especially useful as an entry point for thinking about one’s broader career prospects. In certain fields and certain career paths, it might be the crucial tool that helps you bridge the gap between your academic experience and your overall professional trajectory. However, if the logic of transferable skills isn’t resonating for you, I’d like to give you permission to abandon it.

In my own job search, I eventually stopped reading academic blogs (like this one, incidentally) and started to review the much broader array of job searching advice that’s out there and readily available for all job-seekers. In doing so, I began to consider: what if my skills were NOT transferable? Yes, I completed a PhD, which is itself a very significant accomplishment, and clear evidence that I could probably do other things well, too. But it helped to think about my doctoral training as a job I had, for six-to-eightish years, where at the end I was promoted to a PhD. And now I was changing careers, where maybe that job, and especially that promotion, simply didn’t matter the way it did in my academic circles.

This change in mindset affected every part of my job search: how I organized my resume, how I presented myself in informational interviews, how I framed my experience in cover letters. I eventually took “PhD” off my resume, stopped talking about my dissertation, and front-ended the kind of experiences that I don’t always include on my academic CV.

The reason why I had to stop thinking about my skills as transferable is a very simple one: for many jobs, skills don’t matter much anyway. This isn’t a big secret – in fact, it is what every job-searching blog that isn’t focused on helping academics will tell you right from the start: a good resume should highlight your accomplishments, not your skills. To the extent we think about accomplishments, they speak for themselves: observe my conference papers, behold my prestigious fellowships. Look on my publications, ye mighty – and despair.

In any case, because we are “in training,” we don’t always have access to the kind of leadership or supervisory roles that would normally come with comparable years of work experience. Sure, we’ve all had heated arguments with tax professionals over whether or not that cryptic letter from Duke means that our stipend counts as “income,” but have we ever done payroll? How many direct reports do we have? Unless you have a side gig, which we often can’t legally do while on fellowship, even the most ambitious PhD might end up with a resume that looks more like an advanced undergraduate than that of a seasoned professional.

On paper, we might look woefully underqualified for a lot of jobs outside academia, and no amount of resume wordsmithing or keyword optimization can fundamentally change that. A hiring manager will see right through our dubious transferable claims, not because they don’t understand or value what we do, but because we’re trying to sell our experience as something it isn’t.

At the same time, I also found that I was woefully overqualified for other jobs that pay better than most adjuncting gigs. There were also a lot of jobs I was interested in, and would have been a great fit for me, but they required specific credentials that no amount of “transferableness” could ever overcome.

This was incredibly frustrating, but it ultimately reminded me of the more holistic value of the PhD. If all of our skills were readily “transferable,” the PhD wouldn’t be different from any other job or degree. The things that don’t “transfer” are often the things that make the PhD worth working towards.

I applied to a lot of different jobs for an entire year. Most of those jobs weren’t in academia. The only places I ever got any traction were places where I had a referral, which came through networking of various kinds. I am an extrovert, and I actually don’t mind networking that much. But I can assure you that trying to network in 2020 was the absolute worst. And maybe I underestimated how much work is involved (admittedly, I had been warned), or maybe it’s just that networking on Zoom is particularly draining.

And then, after a year of applying to jobs, after reading basically every article in the archive of Ask a Manager, I got traction with an academic research position, of all things. Yet the path to this position was hardly typical. It wasn’t one that I found via job boards, or some academic announcing an “exciting and rare” opportunity on Twitter. The work is related to my topical area of expertise, but far outside my discipline of history. I might never have known about this position had I not been connected to professional networks in the place I wanted to live.

By the time I met with the person who is now my supervisor, I was ready to cut through the BS of transferable skills to be straightforward about my background, my professional goals, and yes, even my skills. I was ready to honestly convey what I could and could not bring to the role.

Your skills, however transferable they might be, probably won’t be the thing that gets you a job. So stop talking about your skills, and start talking to people instead.

You’re welcome to start by reaching out to me.

Photo by Steve Johnson on Unsplash