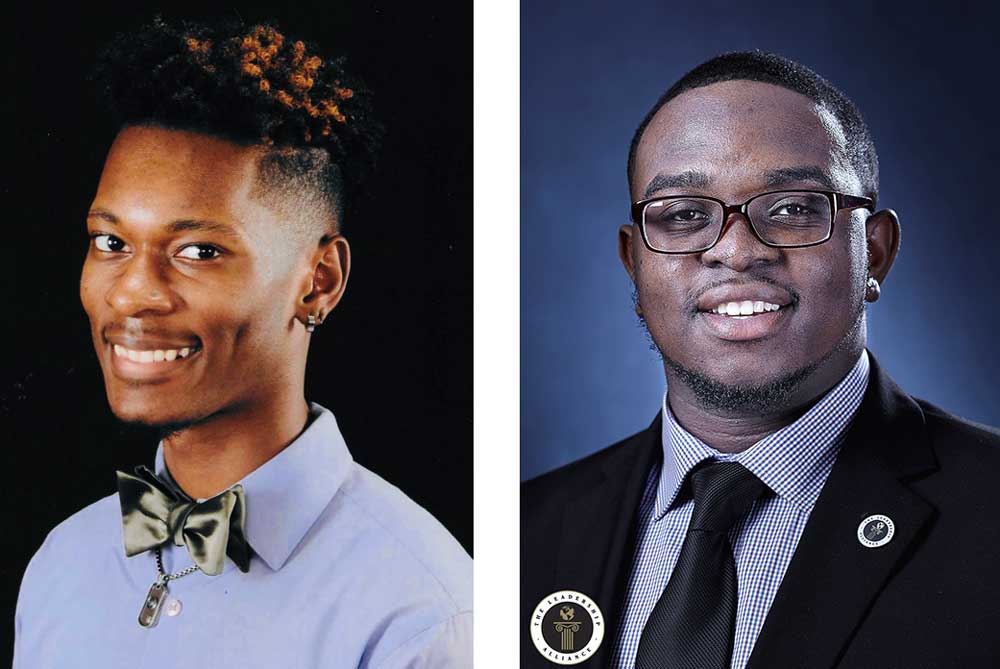 As historians in training, we often think about where our future work will end up. Will it be read by professional historians, or individuals outside of academia who found the title of our work interesting? Last fall, we took a course in public scholarship, taught by Professor Laurent Dubois, that helped us explore those questions through hands-on experiences.

Throughout the course, we discussed the myriad of ways to integrate our scholarly work into larger conversations. By engaging with readings, guest speakers and individual projects, we learned innovative ways to produce scholarship that appealed to the public while maintaining its scholarly integrity. However, as we learned, public scholarship is not without its challenges.

For example, during the semester, we gave a series of mini-lectures at Durham School of Arts and co-developed a website that featured lesson plans to aid teachers in teaching the history of the Visionary Aponte: Art and Black Freedom Exhibit. We realized that it can be difficult to translate historical scholarship into academic lessons that would be not only accessible, but also relevant to what high schoolers would want and need to know. Despite this, the public scholarship course allowed us to practice navigating academic and the public spaces, and experiment with the various methods of influence within the larger world.

One of our course highlights was writing editorial pieces on current events. Tayzhaun wrote about the problem of race and representation within museum curatorship, and Josh wrote about the effects of Hurricane Florence on his hometown of New Bern, North Carolina. As opposed to the usual 24- to 48-hour timeline in which op-eds are produced, we had the privilege of time and the ability to workshop our pieces. The assignment allowed us the space to develop and cultivate our own popular writing voices.

As previously mentioned, our first hands-on experience with public scholarship was presenting a series of mini-lectures at the Durham School of the Arts. The goal was to provide high school students in history and creative writing courses with the historical background needed to study and construct literary projects around the Visionary Aponte: Art and Black Freedom Exhibit in Durham. The exhibit tells the story of Jose Antonio Aponte, a free black artist and former soldier in 19th-century, post-Haitian Revolution Cuba who was executed in 1812 for conspiring to lead a slave revolt after a book of paintings depicting various scenes of blacks in spaces of power was found in his home.

A great deal of the events of Aponte’s life was informed by the events of the Haitian Revolution. The Haitian Revolution and its effects on neighboring spaces is a complex history that is at the center of many scholarly debates, thus we faced the challenge of figuring out how to make the information we wanted to teach accessible to an audience of high schoolers. How could we effectively lecture about the effects of the Haitian Revolution in Cuba in 30 minutes to students who may have never studied this event before? Though we were able to put together a presentation and generate thoughtful discussions between ourselves, the students, and their teachers, the experience pushed us consider new ways to frame our work to engage with a general audience.

Co-developing a website—“Visionary Aponte: A Guide for Students and Teachers,” which features introductory lesson planning material for the Haitian Revolution and its relationship to Cuba’s history—was a new way for us to engage with a general audience. This website seeks to help high school teachers and students engage with the “Visionary Aponte” exhibit through an exploration of revolution in the Caribbean. Again, this final project allowed us to experiment with making historical scholarship relevant and accessible to wider audiences. We were able to explore web design and engage with the various ways that technology can illuminate historical narratives.

Overall, this course taught us that although academics and the general public find themselves reading different things, their interests can overlap. We would like make our work accessible to both academics and the general public. Engaging with the Visionary Aponte exhibit and teaching for a day at the Durham School of the Arts taught us that writing represents just one of many ways to actively engage with historical work. It can serve as its own form of public engagement, or it can supplement other methods of educating, such as the visual arts. This course has pushed us to engage with visual arts, editorial pieces, and public service as ways of emerging from the halls of the university into the wider world of intellectual engagement.